The seventeenth edition of art KARLSRUHE – International Fair for Classic Modern and Contemporary Art (13 to 16 February 2020) brings together 210 nationally and internationally renowned galleries from fifteen countries in the exhibition halls at Karlsruhe Trade Fair Centre. Early in the new year, these halls will once again become a showcase and marketplace for artworks from a time span of over 120 years.

“For five consecutive days at the start of each year, Karlsruhe Trade Fair Centre creates a hot spot for art in the midst of the art collectors’ state of Baden-Württemberg”, explains the fair’s director Britta Wirtz. “Last year’s conferral of the title ‘UNESCO City of Media Arts’ on the city of Karlsruhe reaffirms our ongoing commitment to art”, adds Britta Wirtz.

Sculpture Areas are a traditional feature of art KARLSRUHE. Thanks to sponsorship by the Vollack Group, the twenty spacious Sculpture Areas will be joined for the first time this year by a sculpture garden in the atrium. To bring the subject of sculpture even more sharply into focus at the fifteenth ARTIMA art meeting, moderator Carl Friedrich Schröer will ask sculptors Olaf Metzel and Vera Röhm about the challenges of their artistic work and will talk with gallery owner Christian K. Scheffel about his passion for three-dimensional art. Karl Ewald Schrade, the fair’s curator ever since its first year, comments: “I have always been strongly committed to three-dimensional art and am therefore extremely pleased that we can crown this year’s focus on sculpture with the third annual conferral of the Loth Sculpture Prize, which is sponsored by the L-Bank. The award ceremony will be even more memorable this year because the 100th anniversary of Wilhelm Loth’s birth occurs in 2020.”

Max Ackermann, Josef Albers, Christo, Lucio Fontana, HAP Grieshaber, Robert Indiana, Roy Lichtenstein, Günter Fruhtrunk, Niki de Saint Phalle, Otto Piene, Tom Wesselmann: the list of artists for whom the screen printer Hans-Peter Haas (HPH) has collaborated since the end of the 1950s is indeed lengthy. The painter and sculptor Heinz Mack aptly remarked: “HPH is the printer for the artists – and the artist among the printers.” With an unerring eye, Haas – who was honoured with the Federal Cross of Merit in 2008 – amassed an impressive collection of graphic artworks, approximately 150 of which will be shown at art KARLSRUHE. Works from Haas’s collection will be displayed in the immediate vicinity of the special show devoted to graphic prints. This year marks the fourth edition of this special show, which features artworks selected and offered for sale from among the graphic prints submitted by the exhibiting gallery owners.

Insights into the Programmes of the Exhibitors

In addition to offering a broad spectrum of outstanding works of art from the past 120 years, the 210 exhibitors from fifteen countries will also create special focal points in the four exhibition halls.

A number of gallery owners have decided to bring artworks by important female artists of the 20th century to Karlsruhe. Although these women artists helped to write new chapters in art history, they were neglected for decades by museums and, in some cases, by the art trade. This applies, for example, to the painter Lotte Laserstein, whose works will be among those shown by the gallerist Dr. Michel Nöth (Ansbach), who is exhibiting at art KARLSRUHE for the first time, as well as to the sculptor Renée Sintenis, who is represented by Galerie Ludorff (Düsseldorf). Nöth and Ludorff, as well as Kunstkontor Dr. Doris Möllers (Münster), are among the exhibitors who will bring artworks by Gabriele Münter to this year’s fair. Galerie St. Gertrude (Hamburg) will present works by Hannah Höch. Varfok (Budapest) plans to show artworks by Francois Gillot. Creations by other female artists of the 20th century such as Tamara de Lempicka and Käthe Kollwitz will be shown at the stands of Eggerbauer (Cologne) and Koch-Westenhoff (Lübeck).

Many gallery owners are again emphasizing Classic Modern artworks, so this art-historical epoch will be strongly represented at the fair. None of the genre’s well-known artists will be missing. The Classic Modern roster begins with Lovis Corinth and Max Ernst. It continues with Pablo Picasso, whose works can be seen at the stands of no fewer than thirteen galleries and in a One-Artist-Show staged by Galerie Klaus Benden (Cologne). And the list of illustrious names culminates with Otto Dix, Ernst Ludwig Kirchner and Joan Miró. Internationally renowned galleries that specialize in Classic Modern art – for example, Cortina (Barcelona), Gilden’s Art Gallery (London) and Schwarzer (Düsseldorf) – will likewise bring superlative artworks to Karlsruhe.

Another spotlight will shine on artworks by members of the Zero movement. Heinz Mack, Otto Piene and Günther Uecker will each be in the focal point for eight to ten exhibitors. Galerie Dorothea van der Koelen will dedicate a One-Artist-Show to Günther Uecker, who celebrates his ninetieth birthday this year.

Gerhard Richter’s paintings are again certain to attract collectors’ keenest interest. Works by this world-renowned German painter will be shown by half a dozen gallery owners, the majority of whom will come to Karlsruhe from the Rhineland, e.g. Bernd Bentler (Bonn) and Kunsthandlung Osper (Cologne). Galerie Hegau from Lake Constance is also bringing one of Richter’s artworks to Karlsruhe.

The upcoming art KARLSRUHE will present an unprecedentedly large number of photographs, drawings, paintings and objects created by artists from other disciplines, e.g. musicians, actors and writers. Works by the musician and poet Bob Dylan, who won the Nobel Prize in Literature in 2016, will be on sale at Premium Modern Art (Heilbronn). Photographs by the comedian and cabaret artist Dieter Nuhr will be offered at Galerie Obrist (Essen). And photographic work by the world-famous jazz trombonist Till Brönner will be shown at the stand of Galerie Alexander Ochs Private (Berlin). 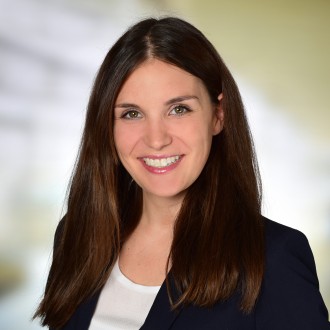 Press service
Sinah Bäcker
Press Officer
T: +49 (0) 721 3720 2305
F: +49 (0) 721 3720 99 2305
sinah.baecker@messe-karlsruhe.de
Save as vcf file
This website uses cookies to ensure our visitors get the best user experience. By continuing to use this website you are giving consent to cookies being used.
Additional information and the option to revoke your acceptance can be found on our Legal notice page
I agree | close notification